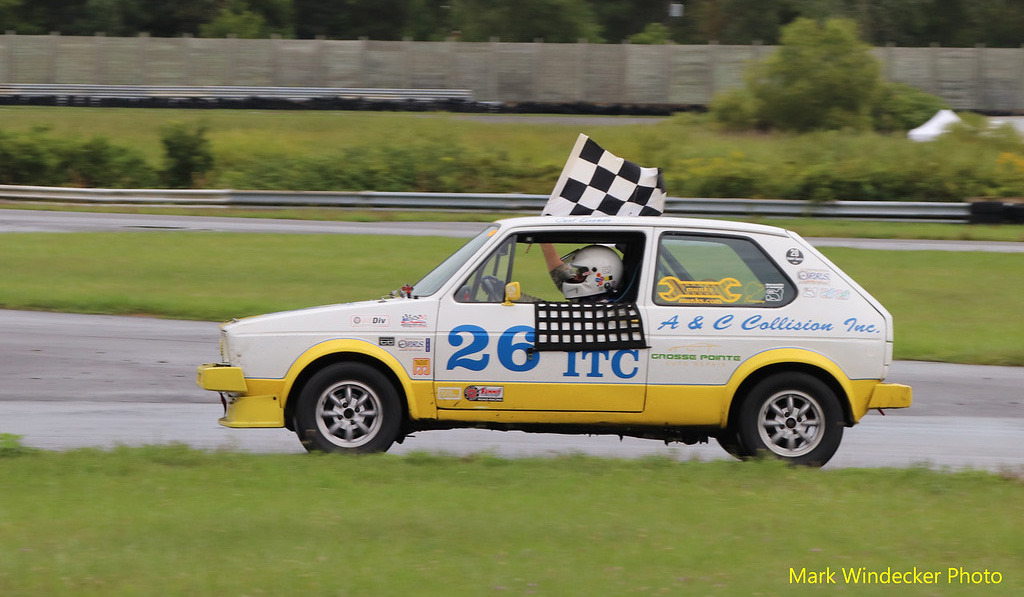 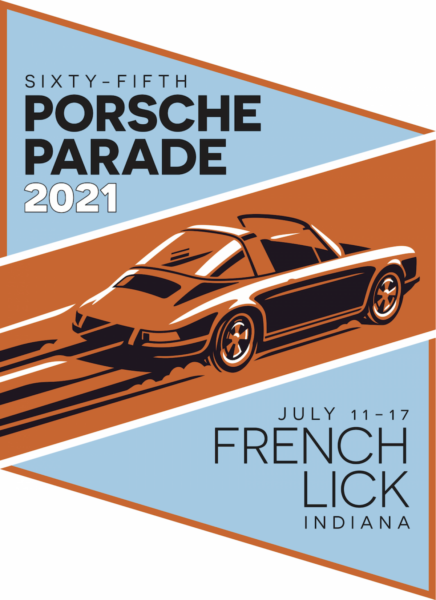 The 4M / Munk’s Motors / PUB Racing team headed down to Road Atlanta for the 2008 American Road Race of Champions (ARRC) on November 8th.

Driver Vaughan Scott in his #77 Porsche 924 qualified third in ITB despite the cold and the early-morning sun. His time was only .058s off the pole time of 1:47.9 set by Chris Schaafsma in his VW Golf, and that afternoon, only one driver, a local in a BMW who didn’t do well in Q1, managed to beat Schaafsma and Scott, taking the pole by a few tenths.

The rain moved in that evening, soaking the track and adding to the expected cold early-morning race-day conditions. Fortunately, most of the track had dried by race time, but the sun was still low, the track was still cold, and there were still damp spots, including some standing water at the bottom of the Esses.

The start went well and everyone was on the ball up front, with the BMW and Golf on the front row, Deuce Keane starting outside Scott, and Peter Keane and Sam Moore behind. The Keane brothers were both driving Honda Accords, with Moore in a Volvo. This lead group of four, with the Volvo trailing slightly, all got around the BMW and pulled ahead of the rest of the field.

The excitement started on the 4th lap. While Scott was running in 3rd on the way to the back straight, Schaafsma in the VW Golf made a good move to the inside of the Porsche under braking to take the line. However he failed to pull clear through the turn, and tracked out into the front of the 924, pushing Scott wide and into the wet red Georgia clay. This was a minor mistake which was then compounded as the 924 turned hard on re-entering the track for some reason – sending the car hard towards the inside wall. However, the Volvo behind was too close to avoid, and plowed hard into the right-hand side of the 924, just behind the front right wheel. This turned out to be a blessing in disguise: though the car sustained significant damage, it didn’t make it to the wall, and despite being thrown into a 270-degree spin, was still fairly close to straight. The Volvo didn’t fare so well, however; he was thrown hard into the wall the 924 was about to hit, and was forced to park the car right then and there.

It’s estimated that the Volvo was going 60-65mph at impact, while the Porsche was doing only about 20mph down the track. Thank goodness for a stout roll cage and an ISAAC head and heck restraint. No whiplash or other injuries sustained, despite a massive wallop.

Rolling now backwards after the second impact, Scott reversed the steering to throw a quick Rockford turn (Hawaii Five-O style!) to point the car the right way, find a gear, and resume forward progress. By the end of the back straight, the 924 was back up to speed, and Scott saw that the car was still tracking fairly straight. Despite the crash and about 12 seconds lost, the lead pack had pulled such a lead on the rest of the field that Scott hadn’t lost a single position: he was still running in 4th.

Chugging on, the car seemed to be only slightly off in handling from the impact, and was still able to turn competitive laps, though a little less consistently than before. Scott appeared to make progress on Peter Keane in 2nd place the Golf having put himself into the wall two laps after the incident, bending his car, moving back to 5th place (though able to continue), and moving Scott back up to 3rd place.

The 924 hit lapped traffic with about 5 laps to go. The whole time, the chasing VW Golf of Aaron Stehly has been trying to chase down Scott, closing very slowly, a half a second a lap. At this rate, Scott might have been able to hold him off through the last lap, but the lapped traffic failed to yield, held up the Porsche badly, and the Golf was able to close the remaining gap. 5 corners later, the Golf was able to motor by and take 3rd.

Just as Scott and the Golf swapped positions, the second place Accord of Peter Keane spun into the wall, moving Stehly up to 2nd, and Scott to 3rd. However the 924 was able to regain the advantage under braking at the end of the straight and move up into 2nd.

The Golf gave chase for a couple of laps, helping push the Porsche down the back straight, but it was clear that the aero advantage of the 924 had been thrown away by the crash damage. Sure enough, on the last lap, the Golf motored by on the straight into turn 6 to take 2nd. Despite hanging on through turn 7, the Golf pulls a significant lead down the back straight, and Scott’s best challenge on the brakes only served to catch right back up to the Golf’s rear bumper, following down the hill to the checker in third.

Somewhat disappointing for Scott, given that the team went down with a good chance to win, and knowing that the 924 was the car to beat this weekend – but considering the level of damage on the car, it’s still impressive that he was able to make the podium, and the champagne still tasted good. Munk’s Motors is proud of him.